A tango "campero" without drama

Sosiego en la noche was composed in 1943 by Roberto Garza (music) and Carlos Bahr (lyrics). Aníbal Troilo recorded it on the 5th of November 1943 with Francisco Fiorentino, and Rodolfo Biagi on the 30th of May in 1944 with Carlos Acuña.

The lyrics are very atypical for tango, they are about the calmness of a night in the pampa, and the aromas, the stars, and the sounds of the animals.

Troilo's recording starts with magic gentle violins, then the motif is repeated with more rhythmical accents, and throughout the piece the way of playing alternates between quiet/mystical and strong/pushing. The B part (and already the transition) has harmonies that transmit a "rural" feeling, and slows down two times with triplets. Francisco Fiorentino shows the same variability in dynamics as the orchestra, his singing is richly accompanied by the orchestra, mainly in deep registers. Between the two parts of the singing we hear Troilo's bandoneon meditating.

In Biagi's version there are also changes, not in the mood but between legato and staccato, which means Biagi's extreme staccato. The violins as well as the bandoneons sound sharp and aggressive. The orchestra's accompaniment of the singer is not, as usual in these times, with a countermelody, but most of the time with the same melody, played by violins or bandoneons, alternating. (This is typical for Biagi, and a reason why Biagi's singers don't shine like other singers in the Golden Age). Between the two parts of the singing we hear Rodolfo Biagi himself on the piano, in a simple solo with some elasticity. The "rural" elements are more pronounced than in the Troilo version, especially towards the atypical end. 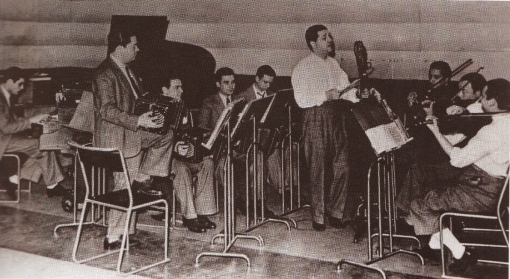 Troilo with Fiorentino in the recording studio 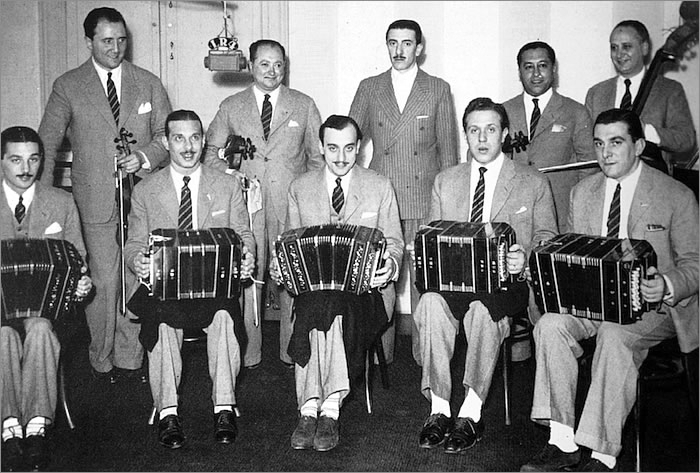